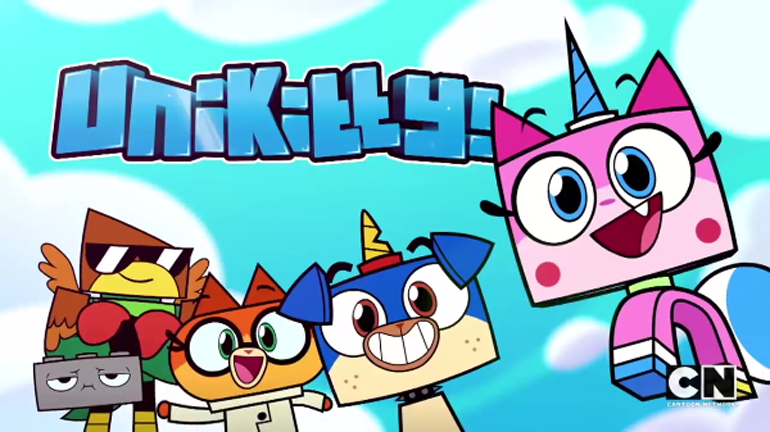 So first we got the goods from the fine people that have given us the images that allow the characters of Unikitty to come alive and now we are granted the presence of Edward Skudder and Lynn Wang who help to produce the show. Both were inviting and fun loving as they talked about all the show has to offer especially since almost nobody knew who Unikitty was even after the appearance in The Lego Movie. It’s crazy, it’s wacky, it’s Unikitty and with all of the newer cartoon programs that Cartoon Network has introduced in the recent year it fits right in with the fun-loving pleasure every childhood is filled with.

Wang describes how there is a lot of space with the character and how fun it is to provide the background story for a fan favorite. Skudder also chimed in and told us that it’s the craziest show and they are constantly trying to push it with new monsters and hilarious scenarios. When asked about the relationship with Hawkadile and Dr. Fox both Wang and Skudder lit up and noted how they love when they get a chance to bring it onto the screen because they are so naturally paired. The show gets creepy at times and Wang says they always try and bring it back to the lighter side of things so be sure to treat yourself to a few laughs and watch the new episodes of Unikitty.

As we switched up speeds from Teen Titans GO! to Unikitty we are greeted by Anna Hollingsworth and Andrea Fernandez who are the animators and art directors for the show. Both are incredibly passionate about the show that they bring to life with the impressive and illustrative animation style that is exemplified with Unikitty and we also get to hear where a lot of the inspiration comes from. Coming from the major motion picture The Lego Movie it’s great to see one of the smaller character get it’s shine on TV and the cast, animators, and producers couldn’t be happier about working with such an undeveloped character.

We first got to learn that Fernandez is a big Thunder Cats fan and if that isn’t enough of a throwback then wait till you hear Hollingsworth talk about her love for the original Jurassic Park odds sources of inspiration for a kids show but nonetheless we were glad to hear it. While the character was introduced on the big screen we really see how the love for toys really drives the overall motivation for the show. When asked about their favorites, Hollingsworth noted her childhood experiences at her grandmother’s house where she was able to play with endless amounts of Barbie’s, classic. Fernandez talked about her admiration for the fellow Cartoon Network program gumball and how that gave her a sort of direction for the style of animation that dominates both shows. Unikitty is small but mighty so be sure to keep up on all the drama that comes along when you have characters like Hawkadile and Dr. Fox. 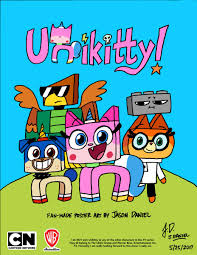 WonderCon attendees will be transported to a joyous kingdom full of sparkle matter, happy thoughts, and the occasional rage-out when Unikitty! takes the stage. Bring your positive vibes as a panel of producers and members of the voice cast present a behind-the-scenes look at the hit animated series starring your favorite character from The LEGO Movie. Produced by Warner Bros. Animation, Unikitty! airs Fridays at 6:30/5:30c on Cartoon Network. | Unikitty! Video Presentation and Q&A